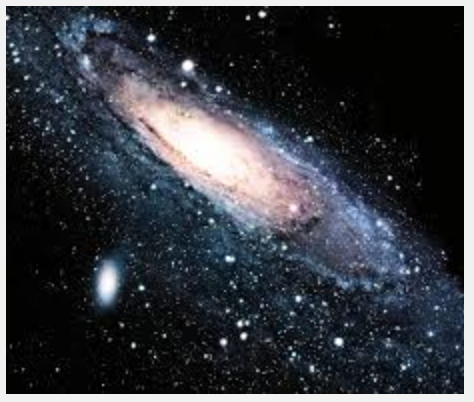 The procedure for programming, by which all possible important change is blocked, is to assert that the life project propounded by the myths and the description and valuation they offer of reality –both functional and absolute reality – is untouchable and sacred, because it comes directly from the ancestors and from God. He determined and made things that way and that was the way he imposed them. Because of the way myths function, while they operate as programming systems they cannot be taken as mere symbols, stories, metaphors. That can only happen when myths and symbols no longer function as the system of collective programming.

To make it possible for myths and symbols to be interpreted and experienced purely as symbols and metaphors, it is not enough for a particular mythico-symbolic system to pass away or be replaced by another. In that case the abandoned system cannot be interpreted as purely symbolic, but as simply erroneous. In order to achieve a purely symbolic reading of myths and symbols, they must have been replaced by other non-mythico-symbolic programming systems. The capacity to read and experience myths and symbols as purely symbolic does not come from the substitution of one set of beliefs by another, but by a shift away from any system of [religious] beliefs. This is what is happening now in present-day European societies.

The programming system of preindustrial societies instils into minds and hearts that things (and the absolute) are just how the myths and sacred stories tell us they are, without any possible doubt or deviation. Everything is just how the myths and symbols say it is, because it is believed that the gods and the sacred ancestors made them and revealed them that way. The myths have to be believed so that they can fulfil their programming function. Hence belief is not a spiritual requirement but a programming requirement.

Belief is intrinsically linked to power. The power of religious beliefs goes beyond any other power because it can reach where no other power can reach: into people’s minds and consciences. Those who control minds and consciences in pre-industrial societies must control religious beliefs. That is what religion has done. Hence the power of religions as belief systems has had no limit, because their jurisdiction reaches into our innermost consciousness.

The agents of religions who manage the power of beliefs, the priests, the princes of the churches, have controlled the greatest power on Earth. Secular princes, the powerful, have always had to take that power into account and serve it or ally with it. In the long run they have never been able to hold real power without counting on religious power.

However, religion’s links with power go against the very heart of the teaching of religious masters. During the period of static societies these links were explicable, even, we might say, inevitable; but today now that pre-industrial societies are over and we are seeing the vigorous beginning of the great change brought about by innovation societies, we must rid ourselves as clearly as possible, as soon and as radically as possible, of these ancient ties. While religious traditions are based on belief systems, no liberation theology will ever be able to break the link joining belief to power.

Moreover, the exclusive and excluding logic of beliefs (all say they come from divine revelation) means that people with different beliefs are driven to fight or ignore each other as much as possible, because the beliefs of one lot threaten the sacredness and inviolability of the beliefs of the other lot. This is an inevitable consequence of the very structure of beliefs.

The dynamic of beliefs does not come from spirituality, but from the function myths have to fulfil. That dynamic is contrary to freedom, love, peace and spirituality’s requirement to go beyond forms.

The conviction that the sciences describe the nature of things leads us to expect that science will tell us how to treat things properly. And since sciences and technologies extend into all areas of life, it is assumed that they will be the tool to solve all our problems and show us a right way to live.

This idea of science comes from an eighteenth and nineteenth century epistemology of science, which functioned as an ideology in the fierce confrontation between science and the ancient regimes and religions. Unfortunately, that ideological use of science continues today in the popular mind and among quite a few scientists and technologists, including in quite a few university circles. In many of these circles a sort of scientism-lite continues to hold sway.

In communist societies of the past, massive use was made of this ideology of science. Capitalist societies, especially neo-liberal ones, continue to make this ideological use of the sciences, as they encourage the idea that scientific and technological developments will successfully solve all our problems. In neo-liberal societies, science and technology serve capital and the market. And capital and the market encourage this mythical idea about science and technology. But the sciences never describe reality as it is; they construct models for us to be able to operate in it. Sciences give information about reality, which can help us act upon it.

Nevertheless, there is a dimension of scientific enquiry that is for its own sake, for the pure love of knowledge. That way of doing science engages with reality without ulterior motives. Then, although the sciences do not go beyond their limitations, scientists can find themselves confronting the very mystery of reality.

Sciences are always conceptual systems, systems of representation. Any   stem of representation is distanced from reality. Representation is never reality, it simply re-presents it; it is always at a distance from it. So it does not offer immediate direct knowledge of reality; it always offers a diagram of it, a picture of what is real. A diagram of what is real is not what is real. Furthermore, the sciences cannot solve all human problems, because the most serious problems we humans suffer from are ethical; they are political, social and moral. By their very nature sciences are unable fully to deal with these problems…

No scientific system, however sophisticated, can relieve us from having to deal with our human condition. Consequently, human ethical problems must be resolved with a kind of language which does not exclude values. It must be the sort of language that can deal with values.

We have not yet understood the central programming function of myths, symbols, sacred stories and rituals, or their purely symbolic function, which is closer to poetry than science. We ignore completely that although the religious traditions’ myths, symbols and stories can no longer have a programming function, they can continue to function purely symbolically in speaking of the absolute dimension of our experience, about which the sciences have nothing to say.

We are embroiled in a confrontation rooted in a wrong epistemology. Religious traditions have not adapted to the new cultural conditions, because they continue to be stuck in preindustrial attitudes and perspectives. So they are fearful and aggressive. Neither have the new industrial societies fully adapted to our new circumstances in their interpretation of the sciences and, especially, of the language of religious traditions. They continue to be stuck in attitudes and perspectives belonging to the first period of industrialisation. Their attitude to religion is contemptuous and indifferent.

Will the religious traditions be able to make the change in time? At the moment there is no sign that they will. The facts look unhopeful. For their part, will the new industrial societies be capable of setting science and technology in the right place to understand this other way of talking about what is real in terms of myths, symbols and sacred stories? That does not look very hopeful either.

The worst of it is that the closed mentality of religious leaders reinforces the closed mentality of the culture of the new industrial societies. And the other way round. The collapse of religions makes religious leaders more fearful, inward-looking and aggressive; and then their increasing rigidity and withdrawal harden the attitude of the cultural leaders and managers of the new societies.

Marià Corbí is a theologian and philosopher who has held various professorships in Spain, published some books and is currently director of the Centre for the Study of Wisdom Traditions, in Barcelona. The above 3 extracts are from his book Hacia una espiritualidad laica (Herder, Barcelona 2007): 1. pp.219-221; 2. pp. 228-30; 3. 232-3. Translated by Dinah Livingstone. Website: http://cetr.net/

With faith and no beliefs

The proposal of the religious traditions, to a society articulated upon initiative, creativity, innovation, and…

From scientific experiment to whole experience through freedom
This paper is a meditation on the myth of freedom. It embraces freedom as a myth, i.e. as it is present in our consciousness before and beyond any notion or conceptualisation of it, and defying any attempt to its definition. Our meditation is on the creative power of this symbolic word, extending its scope beyond the confines of an exclusively human trait, to encompass all reality.
When research and inner path become one
Centre Unesco de Catalunya. On Mystics: A congress. Barcelona, June 2001 (Each participant was asked to introduce himself in connection to the subject, his personal stand point on spirituality). I embarked on a study of humanity’s great religious traditions, from the perspective of the cultural conditions of the new situation. I started by studying the remoter cultural traditions, in order to avoid the interference of my own beliefs: Hinduism, Buddhism. As my research progressed I approached western religions, first Islam, then Judaism and finally the great Christian mystics. In this study my interest was centred in the depth of the message rather than questions of the doctrine or beliefs that were being expressed.